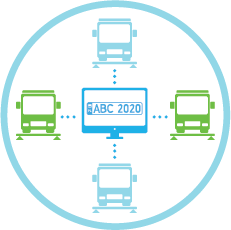 Is your vehicle scale the bottleneck in your process chain?

Weighing systems with truck license plate recognition (ANPR) can help you to shorten the throughput times at the vehicle scale to approx. 60 seconds per weighing and at the same time increase the operator comfort of your system. In connection with our STX self-service terminals, the driver can carry out the weighing completely independently and does not have to leave the vehicle at any time. The operating staff is only called in in the rarest of cases and can concentrate on more important tasks. Long queues in front of your vehicle scales and annoyed drivers are a thing of the past.

Do you have any questions? We would be happy to advise you!